SIENA EXPLORES AMERICA AT A CROSSROADS

By some estimates, the divide in America runs deeper today than at any point since the Civil War. Our republic is at a crossroads, and many wonder if it can be saved. The Siena College Research Institute conducted an entirely original survey that garnered national attention. The shocking results? There's hope for America yet...

The American Values Survey (AVS) first confirmed the obvious. The study - "America at a Crossroads: Can We Save Our Union?" - surveyed more than 6,000 Americans from all 50 states, and the results reinforced that Americans are deeply divided on several political issues. However, the conclusions also unearthed a surprising truth - Americans of all backgrounds and political ideologies share the same core values across the board.

The results of the survey appeared on Page 1 of Newsday's Sunday edition on October 24. The article quoted SCRI Director Don Levy, Ph.D., who highlighted the significance of the moment and this study.

"Is there anything in our foundational values that will allow us to overcome the level of partisan destruction? Some of our interviewees said we are headed for break up or even civil war. So, yeah, I think there is every reason to be worried, if not scared. The question is: What can be done about it?"

President Chris Gibson '86, Ph.D., provided an answer. The survey shows that Americans still, universally, share the same values of liberty, equality, and progress that are consistent with our nation's founding principles. Based on those revelations, President Gibson and former congressional representative Daniel Lipinski co-authored "We Can Collaborate Again", a 1,000-word editorial that ran in Newsday on Monday.

"The research findings point to the need for principled leadership and decisive legislative action now, so that our social fabric and our faith in our ability to be self-governing can be restored. In this moment, we must bodly engage in reform that will honor and strengthen our union by following the guidance of our Founders."

More information about the AVS can be found on the College's webpage, Siena Explores America at a Crossroads. The survey was also covered by the Times Union as well as other media outlets regionally and nationally.

The more than 6,000 respondents considered 34 statements such as, "Everyone can speak their mind in public regardless of the viewpoint without fear of punishment." They were then asked, "Are these words that you live by?"

Using factor analysis, it was determined that respondents across all groups are generally guided by the same values. Take a shortened version of the survey HERE. 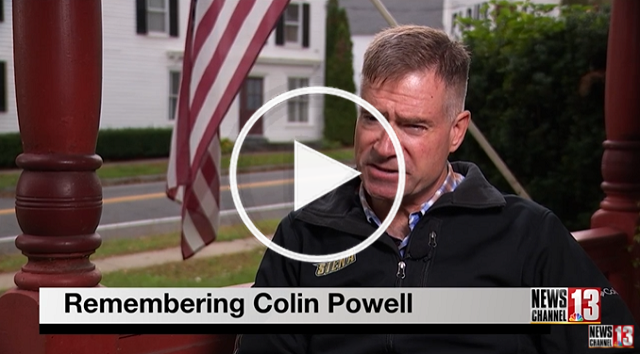 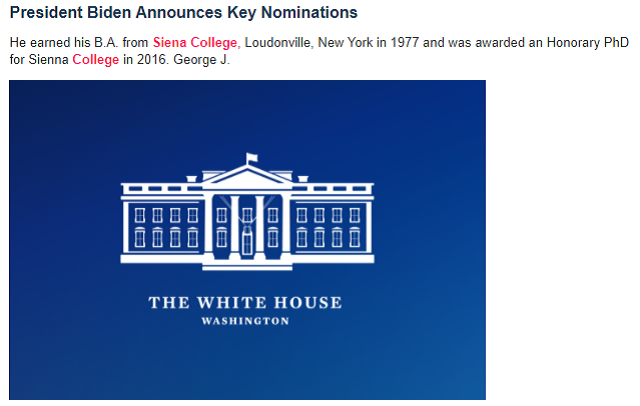 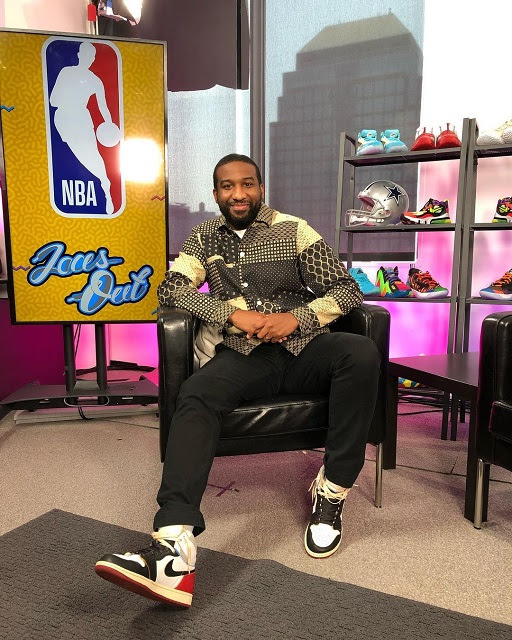 Jarrel Harris '14 was recently cut by the Long Island Nets of the NBA G League. No hard feelings though, he never expected to make the roster. He was only there on undercover assignment with Sports Illustrated.

Most NBA hopefuls with any shot of making a G League roster can point to stat-stuffing success while playing in the college ranks. Harris, as he described in a Sports Illustrated piece published on October 1, was indeed a standout at a Division 1 program. Kind of.

"My basketball claim to fame is winning two intramural championships in back-to-back years at Siena College."

Harris began working at Sports Illustrated in 2015 and is now the magazine's NBA editor.  Besides editing, he manages the writers' content budget, handles SI's social media feeds, and writes about sneakers and culture for the website. Harris is also the co-host of Sports Illustrated's sneaker show, Laces Out, which is sponsored by the NBA. And, Harris sometimes gets to respond to emails like this one...

Hey Jarrel, reaching out on behalf of the Brooklyn Nets G League affiliate, the Long Island Nets. We’re having our local player tryouts next week and wanted to gauge your interest in trying out for the team. Know you’re a big basketball fan and think this would be a great story opportunity.

Harris was the one media member on the court with 75 pro basketball hopefuls, including a former McDonald's All-American. Did he hold his own? You'll have to read the article. As for his quick trip from Siena to Sports Illustrated, see below.

"I am from New York City and in high school one day, a representative from Siena stopped by to get some of the students to apply to the school. I had heard about Siena, but it wasn't on my radar. I don't know what led me into our library to listen in, but that moment changed my life forever.

I was always interested in journalism. I launched a school newspaper in elementary school, I served as the sports editor in high school and at Siena with the Promethean. I also had the opportunity to go behind the camera through my internship in athletics and help film baseball and softball games. I learned a lot, and I used those clips in my portfolio to get other internships. After I graduated, I did some more interning at Complex Magazine and HOOP Magazine and that helped me land a position at Sports Illustrated." 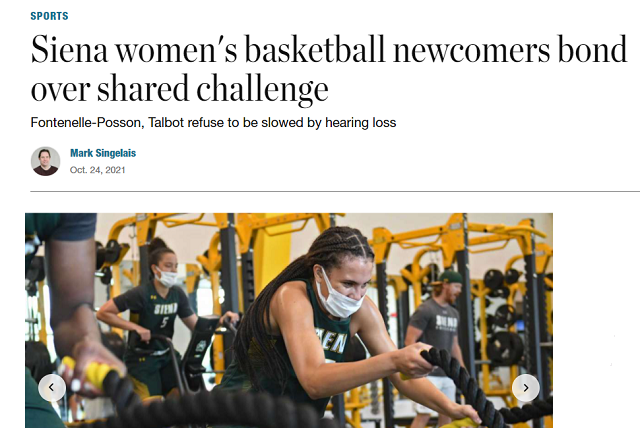 Siena teammates Valencia Fontenelle-Posson '25 and Cheyenne Talbot '23 had been on the same basketball court before... when they tried out for the USA Women's Deaf National Team in August at the Maryland School for the Deaf.

Both first-year Saints are hearing impaired. As Mark Singelais noted in his October 24 article in the Times Union, Fontenelle-Posson wears a hearing aid while Talbot has a cochlear implant in her right ear. They both know a bit of sign language which helps, too.

"So when I don't understand something, we can go back and forth because we both are in the same boat. I feel like it's very important for us to communicate that."

Fontenelle-Posson's hearing was affected by a series of ear infections as a kid. Talbot was born with poor hearing that only got worse. Coach Jim Jabir and his staff try to be mindful of their players' impairment during practice.

"They both lip-read really well, but what happens is, you're out on the court and teaching and you turn your back on somebody and they can't hear you. The coaches are really good about making sure we're looking at them when we talk to the whole group."

The Saints begin the season with an exhibition, at home, against Dominican on November 6. As far as team USA goes, did the Saints make the roster? Read the TU article to find out...

ACCORDING TO A SIENA COLLEGE POLL 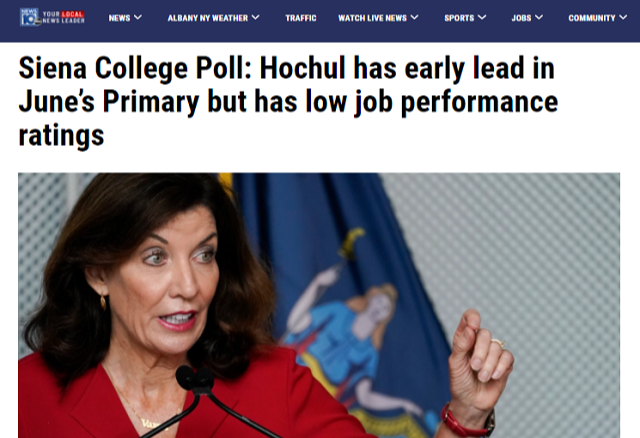 ..Governor Kathy Hochul is the Democratic frontrunner eight months ahead of next summer's primary.

A Siena College Research Institute poll of more than 800 New York State registered voters conducted from October 10-14 found that Governor Hochul leads a potential five-way primary with 31 percent of the support, followed by former Governor Andrew Cuomo with 17 percent. News10 ABC reported the findings, though Siena pollster Steven Greenberg cautioned, "We are 36 weeks away with an unknown field, and most potential candidates being, like Hochul, largely unknown to a wide swath of voters.”

...New Yorkers are thinking about COVID safety either some or all of the time.

CNY Central published the SCRI data from a poll conducted the first week of October. The survey found that 78 percent of nearly 400 New Yorkers think about protecting themselves or their families either some of the time (35 percent) or all the time (43 percent).

...consumer sentiment in New York plummeted in the second quarter of 2021.

Inflation, a lingering pandemic, and supply chain concerns contributed to the pessimistic outlook of New Yorkers outlined in an SCRI survey conducted in early October. WSKG in Rochester published the findings and quoted SCRI founder and Professor of Quantitative Business Analysis Doug Lonnstrom, Ph.D., who said, "These are the worst results in memory, and we've been doing this since 1995." The sentiment of New Yorkers is actually slightly better than the national average. 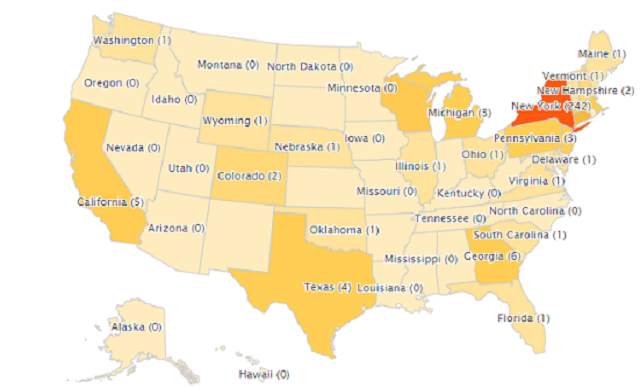 The Siena Heat Map tracks Siena College mentions in the news all across the country. In the past month, there have been more than 400 Siena mentions coast-to-coast (including SCRI and athletics coverage). Including...

Further evidence that Siena rugby is rising to national prominence. The Saints were featured in the Washington Post.

New Zealand's national rugby team, the All Blacks, are ranked second in the world, only behind South Africa. Team USA is ranked 17th. But the difference between 2 and 17 is 104-14.

USA hosted New Zealand in the 1874 Cup last weekend, a match that was designed to help grow the sport of rugby in America. The match drew nearly 40,000 fans to Washington, D.C. venue, and the Washington Post decided to focus its coverage on the fans from Siena College.

Rupert Bronkhorst '25 is from South Africa and captain of Siena's unbeaten rugby team. Bronkhorst told the Post that watching the All Blacks compete in person was...

"...the most amazing feeling of my life."