1. I am a twin. As the story goes, I was born two months premature (right before my mother’s first scheduled ultrasound in those days), and she didn’t know she was having twins until the doctor said “oh my god there’s another one!”

2. Speaking of my twin, we are rare in the sense that we have different birthdays. We were born over midnight on Dec 24 and Dec 25. So, every Christmas Eve I can proudly say, “I’m one year older/respect your elders” to my brother.

3. I am a passionate hockey player. I’ve had the good fortune of playing hockey in three countries. My most recent claim to fame was playing for the team that won the Capital Cup for Kids charity tournament last year. We also placed first in fundraising, woohoo!

4. I have lived in eight cities since 2008 (St. Catharines, Thorald, Guelph, Kitchener, Grenoble, New Haven, Kingston, and Latham). While I miss aspects of each of these places (such as the proximity of Niagara Falls to St. Catharines, Modern Apizza in East Rock of New Haven, and the combination of an office view of the Alps and Espresso bar in Grenoble), I am very thankful that I do not need to worry about moving boxes anymore.

5. I have a white fluffy dog named Bear. His breed is called “American Eskimo,” (an offshoot of Spitz), but he’s Canadian. There is a photo of him and his brother, Hendrix (who is sadly no longer with us) below.

6. I am the black sheep of a family of sommeliers and winemakers – I worked for the Beer Store (i.e. the Brewer’s Retail) during college. As such, I have an appreciation for many of the different styles of beer. If life had gone differently, I’d likely be a Cicerone today instead of a mathematician.

7. I’ve overcome obstacles. While this speaks to all, I’ve taken this to the extreme of completing multiple Tough Mudders (13k military-style obstacle courses), which involve running up and down Skill Hills in the heart of the summer. Most of the pathological obstacles were challenging and fun, although the one called ‘Electroshock therapy’ still makes me twitch.

8. Pre-COVID, I co-organized a rec volleyball group at Washington Park during the summer. At one point we had turnouts of 30+ people from all walks of life. Sadly, attendance has dwindled since the onset of social distancing during COVID.

9. I have a three-year-old daughter (Mackenzie). It’s amazing how quickly she’s transformed from the baby that fits in my arms to the little girl who loves all things Frozen. Having said that, this is secretly a paragraph to motivate my admiration of Olaf and frequent Disney-themed arm tattoos.

10. Zombies! Of recent, zombies and other creatures most unnatural, have become a major part of my research program. Words of advice: it’s a grave mistake to use the Zombieland “double-tap”, as it is a waste of ammo – you need to conserve such things if (when?) the zombie apocalypse arrives.  It thrills me to bits that I can have serious scientific conversations about such topics, so if you yourself are (un)dying to talk about things, I promise to not ghost you if you reach out! 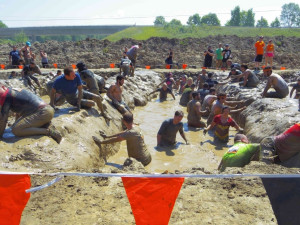 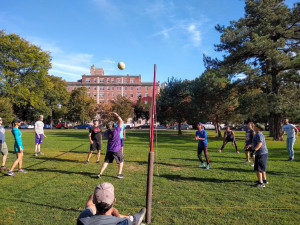 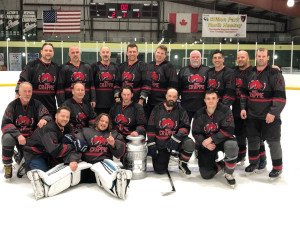 A Festival of Data

Every Student Has a Story: Samantha Welsher '22