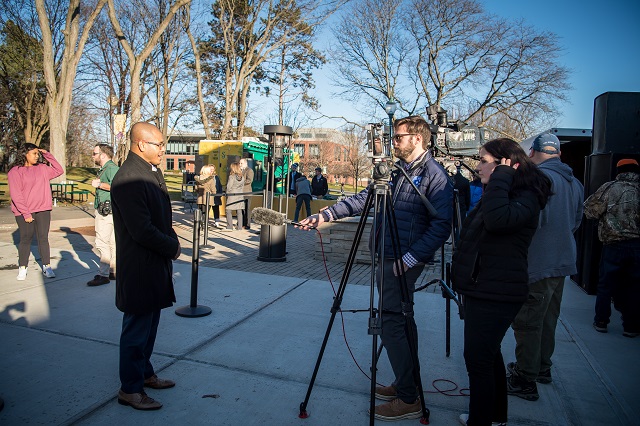 The plume of green and gold smoke over the Sarazen Student Union could have been seen for miles. As it dissipated, news of the $35 million gift reverberated across the country.

Local media positioned their cameras in front of the stage, but like members of the Siena community, they weren't quite sure why they were there. Promise of a "major announcement that will transform the future of Siena and higher education in the Capital Region" piqued their interest. Later that day, the announcement of Nobel Hall led Capital Region newscasts across the dial.

On December 14, Das Nobel '06 and Nipa Nobel announced their $35 million gift to the College to fully fund the expansion of Siena's science complex, which includes the construction of Nobel Hall and the renovation and expansion of Roger Bacon Hall. It's the largest one-time gift in Siena's history and among the most substantial private donations ever made to a college or a university in New York state.

The announcement itself caught the attention of yahoo!finance and Forbes. The piece in Forbes reached an estimated audience of 66 million people and included this quote from Das Nobel:

“The foundation from Siena College enabled us to give back to my alma mater in a way that will impact the next generation of leaders. I am proud to be a Siena alumnus and hope this contribution will inspire future students to dream big.” 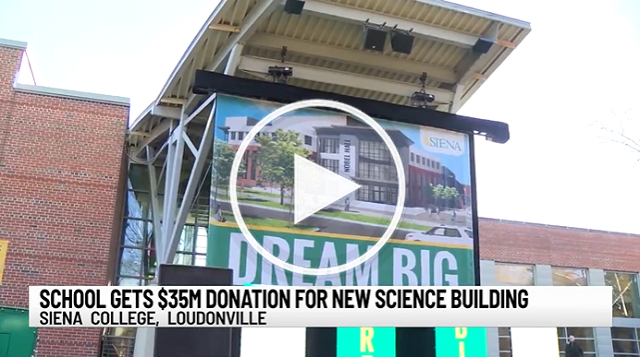 Das and Nipa Nobel co-founded MTX Group, one of the country's top technology consulting firms. Das' mantra has always been to Dream Big. That was the theme of the December 14 event and a thread in the News10ABC coverage (above).

“As I always told them, every conversation is 'let’s continue to dream big.' They came up with an idea that seemed big, and we’re really proud that we could be associated with this.”

“This gift is going to allow us to totally transform the School of Science. They'll have outstanding best-in-class faculty, and will allow them to make a move from not only the classroom, but into internships and ultimately into employment." 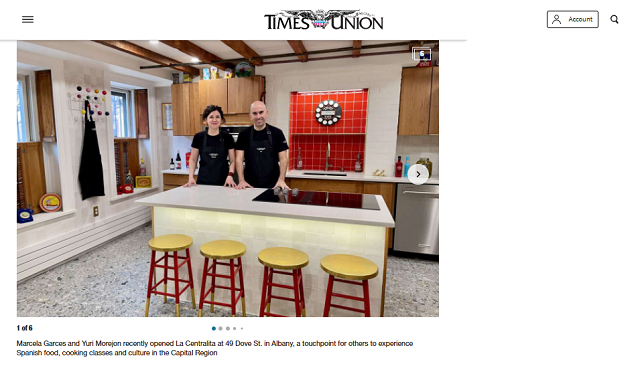 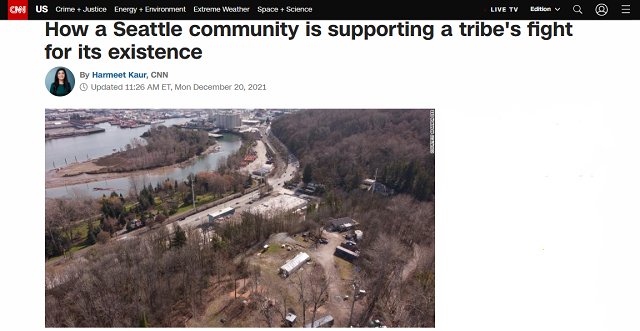 Alana Strassfield '14 is a full-time MBA student at the University of Washington. In her spare time, she led a volunteer group that secured nearly $1 million in funding to repatriate land to an indigenous community in Seattle... and then she got CNN to cover it.

The Duwamish people have been in what is now Seattle for at least thousands of years. The tribe, which is not recognized by the U.S. government, once inhabited 54,000 acres; they now hold less than an acre of land in West Seattle. However, community members, including Strassfield, raised enough money to purchase three-and-a-half acres of land that has been repatriated to the tribe. Strassfield took it upon herself to pitch the story to national media. CNN picked it up and quoted Strassfield for its piece.

“It's really tangible the impact that owning land assets can have for the tribe."

The teams working on the project were able to secure a $900,000 grant from the city of Seattle to purchase the land. The sale closed on December 30 and the land has been officially returned.

"Siena continuously encouraged community engagement and promoted human rights. During my senior year, I took an immersion trip to Guatemala with Dr. Vera Eccarius-Kelly, Dr. Laurie Naranch, and Dr. Shannon O'Neill. We met mostly with indigenous women who were in weaving cooperatives that allowed them to support their communities. The experiences on this trip opened my eyes to the plights of indigenous communities.

I was also able to work on the Real Food project and lead a team of students to audit a few months' worth of the College's dining purchases to calculate the percentage deemed sustainable. Ultimately, I had the opportunity to present our findings to the College cabinet, which led to real change. I believe that experience manifested itself years later with this particular project."

From the Sports Page 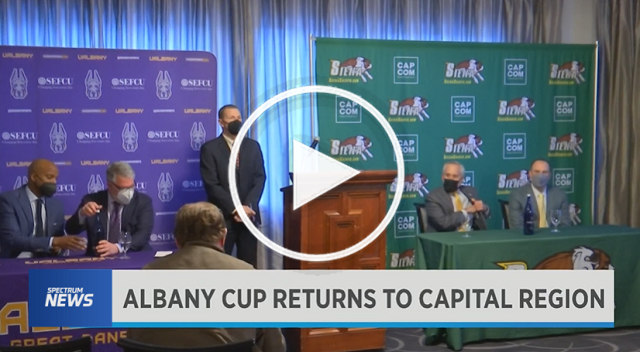 Siena and Ualbany will rekindle their men's basketball rivalry next year, to the delight of sports fans in the Capital Region

Siena and UAlbany hosted a joint press conference at 677 Prime on January 11 to announced the revival of the Albany Cup. Every media outlet in the market was there, including Spectrum News.

“We’re excited to bring back the Albany Cup,” said Siena College Vice President and Director of Athletics John D’Argenio. “Capital Region fans have shown a great affinity for this game, and we’re thrilled to renew the series. The Albany Cup is an opportunity to showcase that college basketball is widely embraced in the Capital Region.”

The three-year agreement tips off at the MVP Arena next season. Siena and UAlbany met for 17 consecutive season from 2001-2017 before the rivalry was paused. The Saints hold a 10-7 advantage in the Albany Cup.

The Siena-Marist match-up recently got some unexpected airtime in Albuquerque, New Mexico. Siena alumna Shelly Ribando is a news anchor for KOAT-TV and was working on January 14 when Siena rallied from 18 points down in the second half to stun Marist in Poughkeepsie. Thomas is a Marist graduate who works in the KOAT newsroom. It was a bad night for Thomas (left).

"Woo-hoo! Sorry not sorry, Thomas!"“We are happy to have this game back, for our fans and for the entire Capital Region,” remarked Siena Men’s Basketball Head Coach Carmen Maciariello '01. “It took a collaborative effort on both sides to get this game scheduled. We have a very loyal and passionate fan base, and I know that they will be excited for the return of this series.”

According to the Siena College Poll

...Governor Kathy Hochul is the clear favorite among New York Democrats five months before the primary.

In a mid-January survey of more than 800 New York state registered voters, the Siena College Research Institute found that Governor Hochul leads potential primary challengers by 30 points. The New York Post ran the numbers. The article points out that "New York's first female governor captured the support of 46 percent of Democratic voters when asked in a Siena College survey who they would vote for if the primary election - scheduled for June 22 - was held today."

A majority of Democrats and an overwhelming majority of Black voters say minorities in New York do not have the same opportunities, while a majority of Republicans, independents, Latinos, whites and men do believe the opportunities are equal, according to an SCRI study conducted in January. Buffalo station WGRZ produced a story based on the survey results.

...New York's overall Index of Consumer Sentiment is 5.7 points above the Nation's Index.

An SCRI survey of nearly 800 New York adults concluded that concerns over gas prices are as high as they've been since 2013 and worries over the cost inflation has levied on food prices have reached 2011 levels. For its story, WETM in Elmira interviewed Don Levy, Ph.D., director of SCRI. “Gasoline and food [prices] have a very real and psychological impact…The inflation impact has clearly gotten the attention of…folks in upstate quite specifically.”

The Siena Heat Map tracks Siena College mentions in the news all across the country. Since December 1, there have been nearly 2,400 Siena mentions coast-to-coast (including SCRI and athletics coverage). Including...

A major development in the front office of a Major League Soccer franchise. 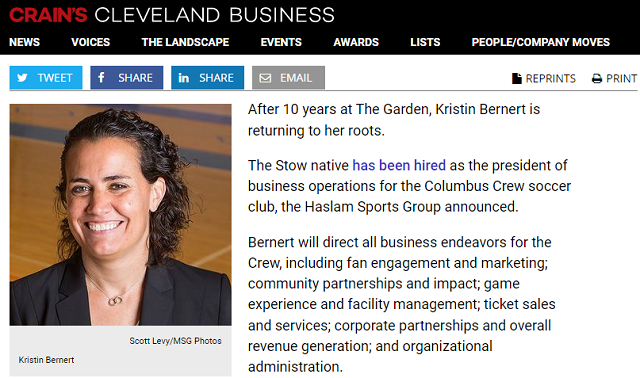 Crain's Cleveland Business is Northeast Ohio's leading source of business news, and on January 18, they published a piece about a Major League Soccer franchise and its newest executive.

Kristin Bernert '96 has been hired as the president of business operations for the Columbus Crew. She will direct fan engagement and marketing, game experience, ticket sales and service, and much more.

"On behalf of the loyal Crew supporters, I am honored to help steward this storied franchise in a city that is so close to my heart... I look forward to further ingraining the global game and our players into the amazing, growing and diverse community."

Kristin Bernert '96, president of business operations for the Columbus Crew

Bernert spent 10 years in executive roles with Madison Square Garden Sports, then left in April of last year to found her own agency, KB2 Sports. Bernert grew up in Stow, OH, just south of Cleveland and only two hours from Columbus. She played point guard for the Siena women's basketball team, and as the article points out, appeared in 106 games for Siena. Bernert then earned a master's degree in sports management from Ohio State.

"Kristin is an exceptional leader, and her vast professional sports expertise will be tremendous for the Crew as we further our vision to win championships and best engage with our fans and the City of Columbus."