2) After graduating from Siena, I went to graduate school in philosophy at UAlbany. My first teaching job was as an adjunct for PHIL 101 at Siena in the Spring semester of 1997. I completed my Ph.D. in 2001 with my dissertation titled Explaining Consciousness: Naturalizing the Phenomenological. I spent the first part of my career teaching philosophy at Hunter College and Skidmore College.

3) We have three children, Connor, 25, Amelia, 22, and Maira, 11. Connor is studying to be a Registered Nurse, Amelia is starting a graduate program in Social Work and Criminal Justice at UAlbany in the fall, and Maira is about to finish elementary school.

4) Pipe Bands have been a big part of our family life since I learned to play the bagpipes in my early 30s. I have been a piper in the City of Albany Pipe Band since 2009. We play in parades locally and in competitions from Quebec to Florida. Connor is also a piper and Amelia is a drummer. As members of the Scotia-Glenville Pipe Band, they won the World Pipe Band Championships in the youth division in 2012. Maira seems to have more sense than her father and siblings. She is learning to play the violin.

5) I have unexpectedly become a soccer dad. Our two older children played recreationally when they were little, but Maira takes it very seriously. Soccer has become a year-round thing for her, and therefore for the rest of us. I’m looking forward to taking her to work with me every day for two weeks in July when she will be attending soccer camp at Siena.

6) I love to camp whenever I can, especially in the Adirondacks. A couple of years ago I decided that I was getting too old to sleep on the ground. That’s my minivan with the rooftop tent parked in front of Siena Hall.

7) I am a lifelong Mets fan. One of my favorite memories is going to Game 4 of the National League Championship Series at Shea Stadium with my father in 1986 (the Mets lost that game, but won the NLCS and the World Series). This year I went with my family to Citi Field for the home opener and we will return for the game on Father’s Day. Like all Mets fans, I am enjoying their success this season while preparing myself for the possibility of a heartbreaking collapse.

8) Our dog is a Border Terrier named Fourth of July American Rebel, because he was born on July 4. We call him Rebel.

9) My musical tastes run mostly to the heavy side of rock ‘n’ roll. Some of my favorite bands are Metallica, AC/DC, Judas Priest, Motorhead, Social Distortion, and Clutch. I have been to about 30 Clutch shows in several states over the last couple of decades.

10) Family legend has it that we are related to the great heavyweight boxing champion, James J. Braddock (played by Russell Crowe in the movie Cinderella Man). I have seen no evidence of this, but it’s fun to believe anyway. 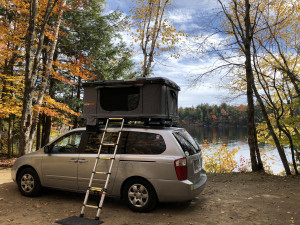 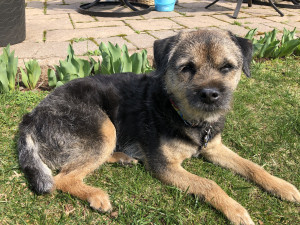