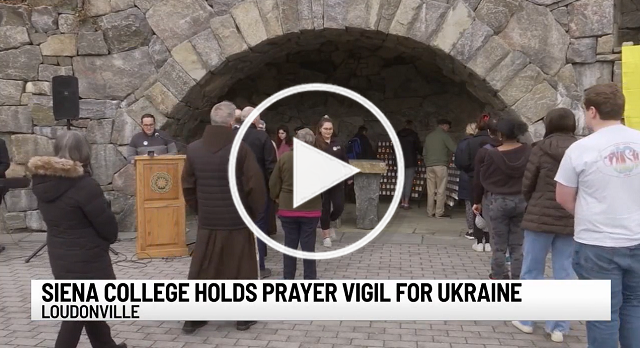 Prayers offered at the Grotto are typically made in solitude, but the Siena community's prayerful response to Russia's invasion of Ukraine caught the attention of local media

Fr. Greg Gebbia, O.F.M., director of enrollment management strategic partnerships, silently reflected in front of a Ukrainian flag hung at the Grotto. Judy Dougherty, director of the Franciscan Center for Service and Advocacy, lit a candle on the top row. Fr. Larry Anderson, O.F.M., Siena College chaplain, addressed the assembly. All of these moments were captured by the Times Union and shared in a photo gallery (below, right) on March 15 illustrating Siena's solemn and unified response to the tragedy unfolding in eastern Europe.

"Prayer is, from our religious aspect as a Franciscan community, we are beseeching God to intercede on behalf of the Ukrainians, to stop this horrible conflict. And as a statement to the world that we will not stand for violence, senseless violence that serves no purpose but to harm people."

News10 ABC also noted that, beyond prayers, the Siena community is collecting supplies and clothes for the people of Ukraine in partnership with St. Nicholas.

Meanwhile, the New York Center for Foreign Policy Affairs conducts in-depth research and analysis on every aspect of American foreign policy and its impact around the world. Its podcast, Message Traffic, produced from Washington, D.C., interviews foreign policy thought leaders on pressing topics concerning international affairs. Vera Eccarius- Kelly, Ph.D., professor of political science, recently joined the program to discuss the refugee crisis that has resulted from the invasion of Ukraine.

"The conception that refugees are always an economic burden is actually incorrect. We are desperate for people to come to our areas and work in industry in various sectors. So they have really helped us." 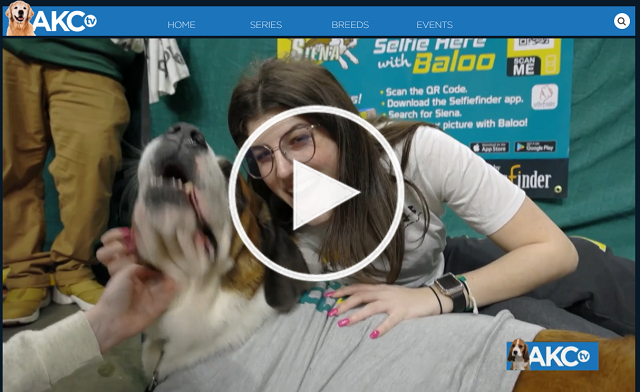 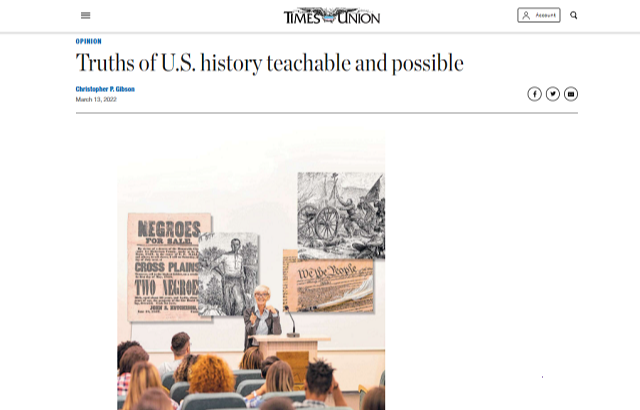 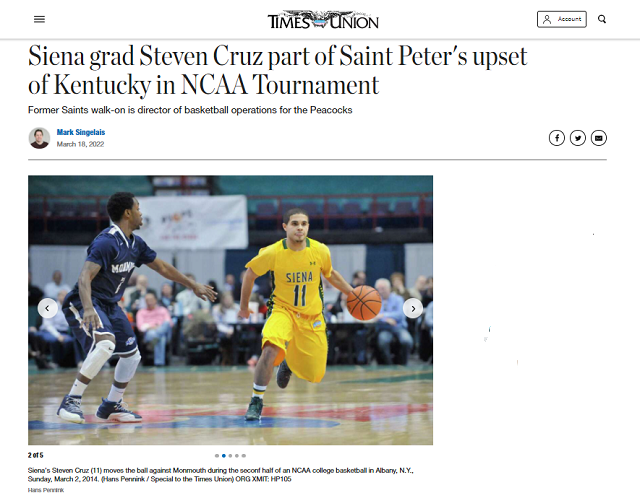 This March, the St. Peter's Peacocks scripted perhaps the most magical Cinderella story in the history of the NCAA men's basketball tournament. Stephen Cruz '14 was part of their dance.

Kentucky was favored to beat Siena rival St. Peter's by more than 18 points in the first round the NCAA tournament, only they didn't. St. Peter's won the game in overtime, 85-79. That one victory would have made St. Peter's the darling of the tournament; three victories cemented their place in tournament lore. After the Peacocks knocked off Kentucky, they beat Murray State and then Purdue on their way to the Elite Eight. It's the first time a 15-seed had reached the quarterfinals in tournament history. A former Siena walk-on was on the bench for each inexplicable moment.

A member of the St. Peter's coaching staff, Cruz is the director of basketball operations for the Peacocks. After the win over Kentucky, Cruz described the experience (or at least tried) for the Times Union.

"I can't even describe it. It's really hard just to describe the feeling of taking down literally one of the best programs in college basketball."

As noted in the article, Saint Peter's had an athletic budget of $7.23 million for its entire department in 2019-20. Kentucky coach John Calipari makes more than $8 million a year on his own.

"It doesn't matter who we're facing, what's the name on the front of the jersey. We don't have the fanciest equipment that these guys (Kentucky) were getting. Honestly, I had a really good feeling at the beginning of the game, like our guys were going to be the ones to throw the first punch."

Before bowing out to North Carolina in the Elite Eight, St. Peter's had won ten consecutive games, the longest winning streak in the nation. In fact, to that point, their last loss was a road defeat at Siena on February 20. Eight years earlier, Cruz was a part of the Siena team that won the College Basketball Invitational title, which led to a crowd surfing moment in the ARC (below, right). Standing 5-foot-8, Cruz is the shortest player in Siena history. He's the kind of underdog story that March is made for.

The Siena women's lacrosse team has scored a total of 36 goals in two league games, both wins, so far this season. It's an historic scoring output led by two of the most prolific scorers in program history.

Every once in awhile, a women's lacrosse program will be blessed with a 100-goal scorer. Siena just happens to have a pair of 100-goal scorers this season, and together, they've led Siena to an unbeaten start to league play. Nicole McNeeley '21, G'22 (below, left) and Mary Soures '22 (below, right) are rewriting the Siena record book, and the Daily Gazette wrote about their exploits. Head coach Abigail Rehfuss was quoted in the story.

“Being able to score 100 career goals, regardless of an abbreviated schedule, is a really remarkable achievement, but especially with all the challenges posed by COVID the last two years; especially last year when it was so touch-and-go and we only played conference opponents."

The article was published on March 24, two days before Siena erupted for 21 goals in a win over Iona. The 21 goals are just one shy of the program record. Soures scored nine of them, which is a single game record and earned Soures USA Lacrosse magazine Division 1 Women's Player of the Week honors. Also in the game, McNeeley became the program's all-time leader in points in the first half, then broke Siena's all-time goals record in the second half. Next up, the Saints play at Monmouth on April 2. 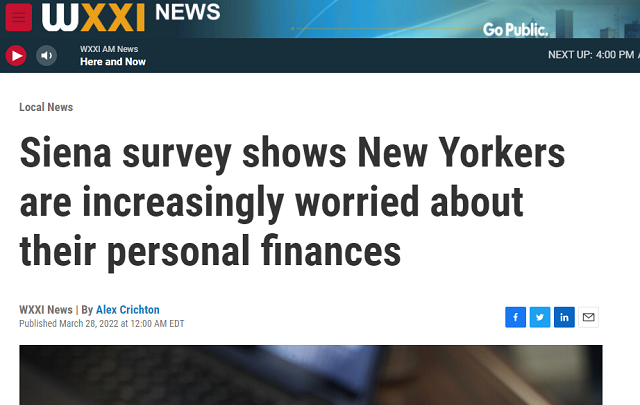 ...only 34 percent of Americans believe all Americans completely enjoy freedom of speech.

A national New York Times Opinion/Siena College poll explored issues of free speech with more than 1,500 American residents 18 years of age and older. WAMC is among the outlets to cover the findings. Northeast Public Radio noted that according to the poll, 84 percent of Americans say it is a somewhat or serious problem that so many Americans are afraid to exercise freedom of speech.

...54 percent of New Yorkers say the war in Ukraine will lead to long-term economic problems resulting in lasting financial difficulties for Americans.

Public radio in Rochester, WXXI, aired coverage of the Siena College Research Institute survey of more than 400 New Yorkers. Nearly 70 percent of respondents said they will buy less in general in response to price increases related to inflation. In fact, nearly the same percentage said inflation has already had a somewhat or very negative impact on their personal finances. About a third of New Yorkers believe their finances will be largely unaffected by the war.

...Governor Kathy Hochul has a commanding lead in a three-way Democratic gubernatorial primary, but the lead shrinks if her predecessor joins the race.

An SCRI survey of more than 800 New York State registered voters found that Governor Hochul has a 40-point lead over current primary challengers. However, as CBS6 noted, the calculus changes if former governor Andrew Cuomo decides to run. In that scenario, according to the results of the survey, 38 percent of voters would stick with Hochul, while 30 percent would back Cuomo.

The Siena Heat Map tracks Siena College mentions in the news all across the country. Throughout February, there were nearly 2,000 Siena mentions coast-to-coast (including SCRI and athletics coverage), including...

A lawn care website that covers just about anything, as long as it's green.

The rolling green hills of Ireland are the envy of any yard. So on St. Patrick's day, a lawn care blog did a total Irish takeover. The website ranked the most Irish cities in America (Boston was #1) and in an 'Ask the Experts' section, the blog explored Irish culture. Sonnelitter was the expert.

One question posed to Sonnelitter: What effects of Irish immigration linger in contemporary American culture?

"One of the biggest ways the effects of this immigration lingers is through our St. Patrick’s Day celebrations. Back in the 19th century, Irish immigrants faced considerable discrimination, but these days everyone is a little bit Irish on St. Patrick’s Day."

A Fresh Look at an Overlooked Genre