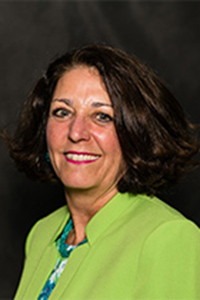 As the senior student life officer for Siena College, Dr. Maryellen Gilroy works with students, faculty, administration and the Board of Trustees to establish programs and policies for the overall co-curricular and student life programs of the College. Dr. Gilroy believes that co-curricular experiences offered in student life play a critical role in a student’s success and connection to the institution.

Dr. Gilroy’s additional professional contributions are numerous.  Dr. Gilroy served as Chair of the Board for the Association of Student Affairs for Catholic Colleges and Universities (ASACCU) from 2009-2015.  She currently serves as a Middle States Commission on Higher Education accreditation evaluator.   Dr. Gilroy has presented seminars on various issues in student affairs and is actively involved in both the National Association of Student Personnel Administrators (NASPA) and ASACCU. In 2013, the Albany Chamber of Commerce honored Dr. Gilroy with its Women of Excellence Award, and in 2006, she received the Administrator of the Year Award by the Student Senate for her contributions to the Siena College community.

Dr. Gilroy is also author of several publications.  Most recently, she contributed the essay “Animating Mission in Student Life through Strategic Cooperation” to A Mission Officer Handbook: Collaborating with Partners, Volume II, edited by Michael Galligan-Stierle (2015). Dr. Gilroy’s other publications include “The Mission officer and The Mission Officer President”, with Sloma-Williams and Galligan-Stierle in A Mission Officers Handbook: Advancing Catholic Identity and University Mission, Volume I, (2014); “Reflections on Recruitment for Mission and Catholic Identity: Lessons Learned”  in the Journal of Catholic Higher Education (2010); “Recruiting for Mission: St. Anthony’s College” in Estanek, Wankel, Meyer, and Wright eds., Reading the Signs: Using Case Studies to Discuss Student Life Issues at Catholic Colleges and Universities (2008); Recruiting for Mission in Student Affairs at Catholic Colleges and Universities: a Case Study in the AFCU Journal: a Franciscan Perspective on Higher Education (2007).  Dr. Gilroy was one of 17 professionals who served as writers for the Principles of Good Practice for Student Affairs at Catholic Colleges and Universities, Wye River Writers’ Group Participant, published in 2007 and its second revision in 2009.

WHAT I LOVE ABOUT SIENA

The students and colleagues with I work with within Student Life.