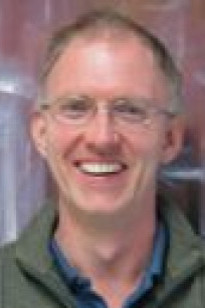 I graduated with my B.S. in Mathematics 1999 and Ph.D. in Mathematics in 2005, both degrees from the University of New Hampshire. My doctoral thesis was completed under the supervision of Liming Ge, and contributed to the field of von Neumann algebras.

Joining the Siena faculty as a fresh Ph.D. in 2005, I immediately began working with students on undergraduate research, and am proud to have supervised many undergraduate research projects that have resulted in publications with student authors and coauthors. Our work has led to invitations for me and my students to speak nationally and internationally, from Schenectady to Shanghai.

My teaching philosophy is centered on the idea that a mathematics instructor's main task is to carefully and unobtrusively arrange mathematical experiences that encourage each individual student's inquiry and careful investigation. I'm happy to have had the opportunity to craft and run courses that my students repeatedly affirm "are never just about the grade".

If it isn't in your head, you can't use it to think. I believe that students should work hard to conceptualize and internalize concepts so the concepts can be thought about fluently. If technology is to be used, it should be used to help in the construction of a sharp mental model that can be thought about without the technology at hand. I want to combat the unfortunate contemporary belief that we do not need to internalize ideas or information because of calculators or Google. In the classroom I aim to employ active learning methods that encourage constructive thought.

My colleagues are some of the most dedicated and compassionate people I've ever had the opportunity to know. My students are respectful and try their best. These are my favorite things about Siena.

I like to teach Modern Algebra and Real Analysis. In these courses, students get a taste of what it means to be a mathematician.